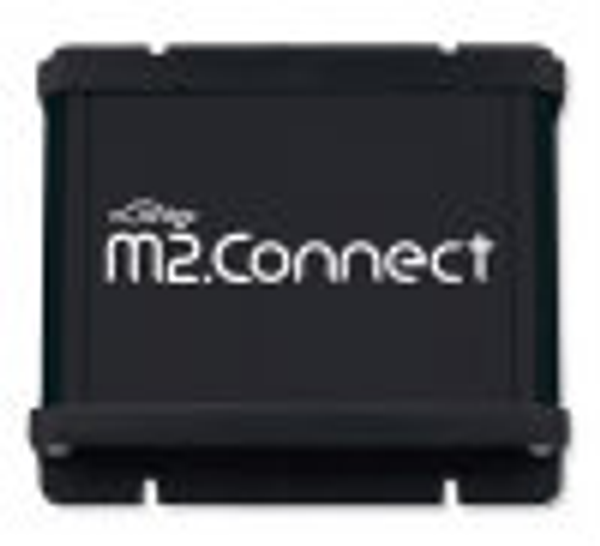 mObridge Bluetooth is the most advanced after-market phone kit available for vehicles equipped with the MOST bus. Integrates Parrot® Bluetooth technology for best-in-class phone support. And best of all it seamlessly integrates with your existing vehicle radio and steering wheel controls for a factory-fitted effect.

The mObridge M2 Connect platform is the second generation mObridge MOST Bluetooth Interface that builds on the popular first generation M1000-M-BT product and is by far the most advanced after-market Bluetooth Interface available for many MOST-bus vehicles which now includes a secondary dedicated Digital Signal Processor for handling MOST audio. All M2 Connect products now ship with A2DP as standard across all vehicles in true stereo audio as well as displaying song titles, artist and album info coupled with track control capability

It allows the use of the vehicle's factory controls and display unit to control and browse the telephone book and call lists of your mobile phone.  By utilizing Parrot Bluetooth Technology, mObridge offers Best-In-Class telephone support with greater than 1000 supported devices.

Easy vehicle selection with DIP switches the product also contains USB for software updates as well as 1A phone charging.

Download the new Android App and take advantage of your vehicle's existing data. The app also detects the current software in the product and prompts the user to update if new software updates are available.  The software will update both the main firmware as well as the Parrot Bluetooth chip firmware.

Features of the app include:

Installation available in So. CA

General MOST install instructions included but not vehicle specific.